About the Mason Dixon Conference 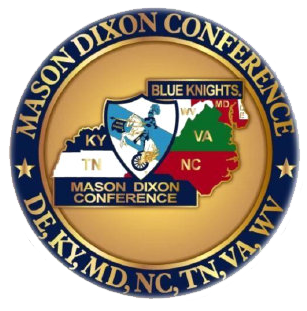 The Blue Knights was started in 1974 by Ed Gallant, a police officer with the Bangor, Maine Police Department. Ed had an idea to form a motorcycle club for people in law enforcement. Together with seven or eight other cops, the idea became a reality. The first International President was Chuck Shuman. After a story about the club ran in the local paper, the United Press International and Road Rider Magazine also ran stories. Shortly thereafter, inquiries from all over began to pour in. The first chapter outside Maine was in Brockton, MA and the idea spread to Canada and Moncton, N.B. became the first chapter outside the United States.

The first Blue Knights International Convention was held in 1975 at Squaw Mountain, Maine. Today, the Blue Knights has grown to include 11 Conferences with 650 Chapters and 19600+ Members within 29 countries. The international convention has been held all over the United States, Canada and Europe.

The Blue Knights and its members have donated millions of dollars to various charities. Some of our favorites are Cystic Fibrosis Foundation, Make-a-Wish Foundation, Toys for Tots, D.A.R.E., Shriners Hospital for Children, Concerns of Police Survivors (C.O.P.S.) and Blue Knights COPSRUN.

The Mason Dixon Conference is comprised of the states of Delaware, Kentucky, Maryland, North Carolina, Tennessee, Virginia and West Virginia. At the present time, our conference is home to 71 chapters and over 2430 members.

If you are interested in joining the Blue Knights, please contact any of our listed officers within the Conference or the State Representative of the state wherein you reside.